FROM THE MERCURY NEWS: Several bills sitting on Gov. Gavin Newsom’s desk would cut red tape and bring more in-law flats to backyards and garages across the state.

The measures would also grant enforcement power to the Department of Housing and Community Development, or HCD, to flag city codes hindering the construction of auxiliary dwelling units, known as ADUs.

The governor has until Oct. 13 to act on the bills. Lawmakers are optimistic the measures will be signed. 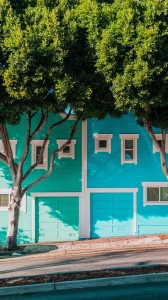 The measures come as the state grapples with a persistent housing shortage, estimated to be up to 3.5 million homes, condos and apartments. Dramatic proposals to attack the backlog — including more permissive zoning, higher density allowances and streamlined local approval — fell short in this year’s legislative session.

While demand remains strong, adding homes and apartments has been a challenge. New building permits slumped in the past 12 months.

Lawmakers and housing advocates say ADUs can offer a quick, relatively low-cost way to add apartments to a region pinched for affordable housing. Lawmakers from the Bay Area and Los Angeles have taken the lead in easing granny flat restrictions.

State Sen. Bob Wieckowski, D-Fremont, author of one of the reform bills, said the measures would give cities more incentive to approve the auxiliary units. “It’s another means of creating new housing,” said Wieckowski.

Wieckowski and Assemblyman Phil Ting, D-San Francisco, authored proposals in response to homeowner complaints that the process is often too complicated and expensive in their cities. Residents also complained cities were making it difficult to build.

Ting’s effort, AB 68, increases the number of ADUs allowed on a property. A single-family home  would be allowed two units, one up to 800 square feet and another up to 500 square feet. Multiple units would be permitted on properties with multifamily units.

The Cities Association of Santa Clara County opposed Ting’s bill, saying it would “incentivize operating the property as a commercial enterprise and could have the unintended effect of large-scale investors purchasing many single-family homes and adding ADUs, thus operating more like a property management company.”

Wieckowski’s bill, SB 13, continues the overhaul of ADU regulations he initiated in 2016. It eliminates impact fees for units smaller than 750 square feet, and restricts fees on larger units to 25 percent of the city’s rate.

The bill allows owners of noncompliant units — typically older apartments built under different codes — to request a five-year delay in enforcement as long as the unit poses no immediate health or safety risks. The delay would allow owners to improve units over time to meet more modern standards. 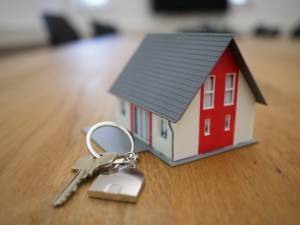 It also provides an incentive to cities to permit ADUs, by allowing municipalities to count the units toward their state-mandated housing goals.

Housing advocates say the measures could expand the supply of much needed affordable housing. Matt Lewis, spokesman for California YIMBY, said the cost of permits and fees have driven many homeowners away from their construction plans.

Wieckowski said the changes were in response to concerns heard from homeowners across the state in public hearings and panels.

“A homeowner has no idea what these regulations and roadblocks are with their city,” he said. In the future, he added, ADU permitting should be routine and completed in one day. “That should be a 10-minute gig.”

WRITTEN BY LOUIS HANSEN FOR THE MERCURY NEWS