Here’s the Lowdown for Real Estate & The Current Economy

Here’s the Lowdown for Real Estate & The Current Economy

FROM REALTOR.COM:
It seems that whenever you pick up a newspaper or turn on the news these days, a scary word hits you in the face: “recession.” But although the R-word may be a trigger for those who remember—or even experienced—the mass layoffs, scores of foreclosures, and plummeting home prices of the last downtown, folks shouldn’t panic. And they shouldn’t expect another real estate fire sale.

“This is going to be a much shorter recession than the last one,” predicts George Ratiu, senior economist with realtor.com®. “I don’t think the next recession will be a repeat of 2008. … The housing market is in a better position.”

Federal Reserve Chairman Jerome Powell indicated on Friday that last month’s interest rate cut would be followed by another in September, but cautioned that that might not be enough to counter the trade tensions, which ratcheted up in recent days as China responded to an earlier round of U.S. tariffs with its own, and President Trump responded by making U.S. restrictions even tougher. 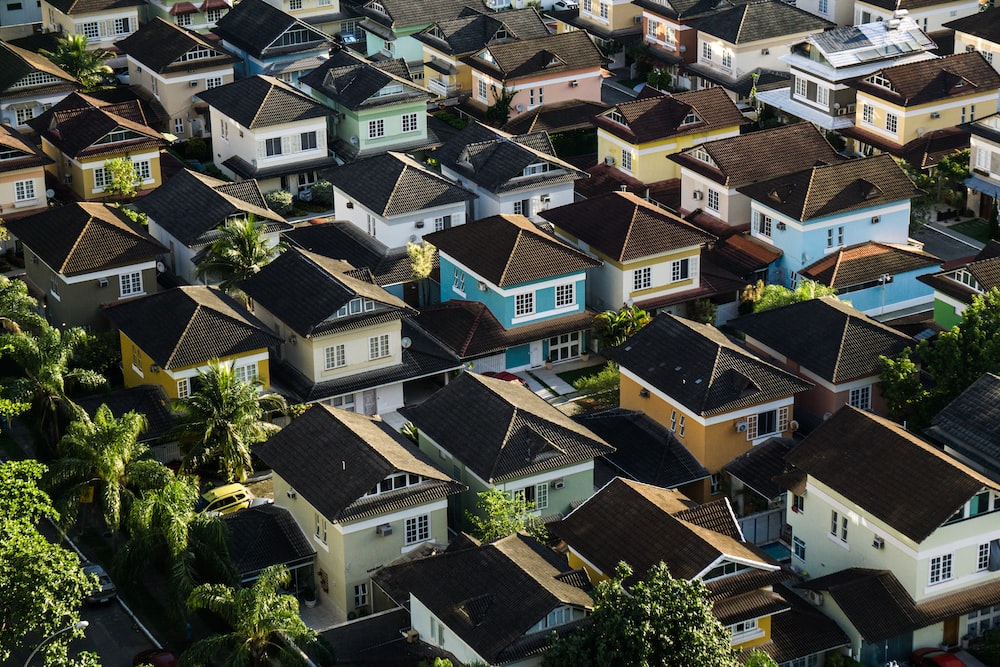 About 2% of economists, strategists, academics, and policymakers believe a recession will start this year, according to a recent survey of more than 200 members of the National Association for Business Economics. Thirty-eight percent believe one will begin in 2020, while 25% anticipate one starting in 2021. Fourteen percent expect it won’t materialize until after 2021.

For sure, unemployment is hovering around the lowest it’s been in the past 50 years. (However, it turns out there weren’t as many jobs in 2018 and early 2019 as previously reported.) Wages are growing, and we’ve entered the longest economic expansion in U.S. history. But a downturn within the next two years still looks likely—particularly if a trade war heats up, making it more expensive to import goods. Those increased costs are likely to be passed along to everyday consumers.

The housing market’s risky mortgages and rampant speculation were blamed for plunging the world into a financial crisis the last time around. But these days real estate isn’t likely to be the cause of a recession.

Will home prices and sales plummet in a recession?

Aspiring buyers hoping that home prices will crash, like they did during the Great Recession, are likely in for a rude awakening. There simply aren’t enough homes being built to satisfy the hordes of buyers. And with more members of the giant millennial generation wanting single-family homes in which to raise their growing families, there isn’t likely to be a drop-off in demand anytime soon.

But the anticipation of a recession in itself could make the housing shortage even worse. Worried would-be sellers may decide to postpone listing until they can get top dollar for their properties.

Yet although a lack of homes for sale typically drives up prices, that effect could be mitigated if there are fewer folks who can afford to buy. In a recession, it could become harder to find a good-paying job or steady freelance work. Even those who remain gainfully employed may worry about their job stability.

“If we do go into a recession, there will be layoffs,” says Ali Wolf, director of economic research at Meyers Research, a national real estate consultancy. “If you move from a two-income household to a one-income household, it doesn’t change the desire to own. But it does impact the ability.”

Realtor.com’s Ratiu believes prices will flatten, but likely not fall. Meanwhile, the number of home sales will also remain flat or potentially even dip, he believes. Other economists expect the recession to take a bigger toll on housing.

“With people having PTSD from the last time, they’re still afraid of buying at the wrong time,” Wolf says. “But prices aren’t likely to fall 50% like they did last time.

“We do expect prices will fall marginally,” she continues. The priciest parts of the country, which saw the biggest price hikes, could see the biggest price corrections. Sales could decline anywhere from 10% to 20%, she predicts.

The luxury market is already seeing price decreases. These high-end homes, usually in the range of $1 million and up, are usually considered a bellwether for the greater housing market.

A big wild card in all of this is mortgage interest rates, which were at an ultralow 3.55% for a 30-year, fixed-rate loan as of Thursday, according to Freddie Mac data. If they continue to fall, it could give the housing market a boost. That’s because low rates translate into lower monthly mortgage payments.

Those hoping for rental prices to be slashed will probably be disappointed as well.

“We expect a little bit of an impact,” says Greg Willett, chief economist at RealPage, a property management technology and analytics company for apartment buildings. “But it’s not doom and gloom.”

He expects apartment price hikes to slow from 3% annually to more minor 1.5% or 2% price increases over the next few years. The rental market is likely to be buffered by those nervous about making what could be the largest purchase of their lives, a home, in uncertain economic times. Those folks may decide to live in a rental until the economy is booming again.

The exception, again, is the luxury rental market. Developers may have to offer concessions (e.g., a free month’s rent) or lower prices a little to attract wealthier tenants. But that isn’t likely to trickle down to the middle or even lower end of the rental market.

A recession could make builders even more reluctant to break ground on new residences, particularly in the priciest markets on the coasts. 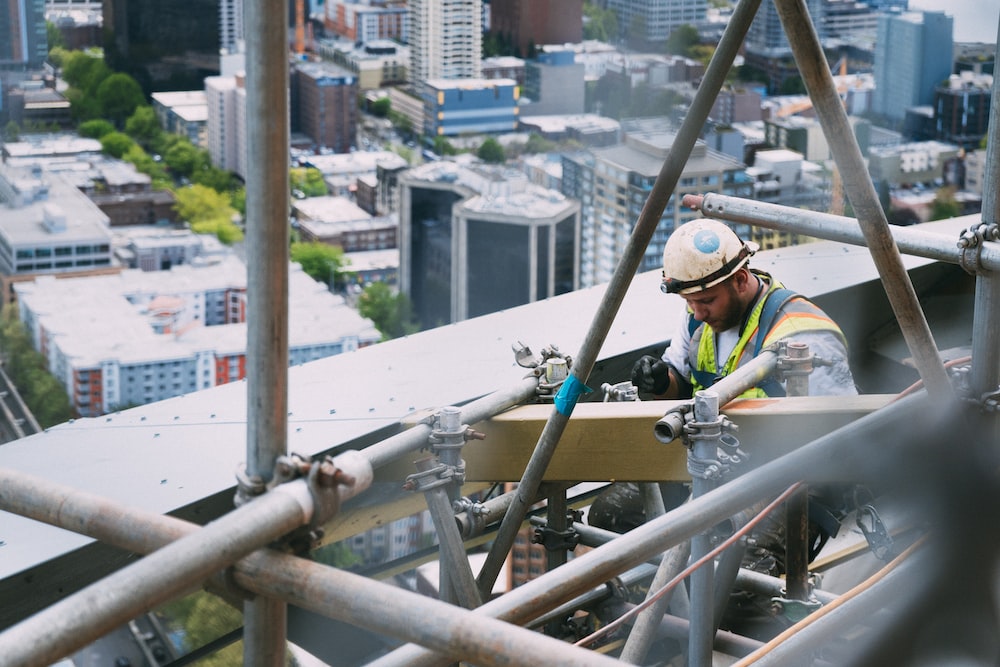 A year ago, about 10% of single-family home builders offered buyers incentives such as discounts to go under contract, says National Association of Home Builders Chief Economist Robert Dietz. Today, about 40% are turning to incentives to spur home sales. That’s not a good sign.

Tariffs on building materials such as steel are already making construction more expensive. And the construction worker shortage is severely limiting the number of homes that can be built. A downturn could make this worse.

“You’ll [have] some local markets where home construction declines,” says Dietz. “Some prospective home buyers could be concerned about making that purchase.”

Will a recession spur another foreclosure crisis?

One of the hallmarks of the Great Recession were the blocks littered with foreclosed properties. Some sold quickly to intrepid young families or investors. However, those with boarded-up windows and overgrown yards blighted many a neighborhood. And losing a home was a devastating blow to many owners.

But foreclosures aren’t expected to be such a problem if a downturn occurs. Lending laws were tightened in the wake of the housing bubble bursting. So now only the most qualified borrowers can secure a mortgage.

“This time we won’t have bad mortgages, just people who are losing jobs,” says Lawrence Yun, chief economist of the National Association of Realtors®. 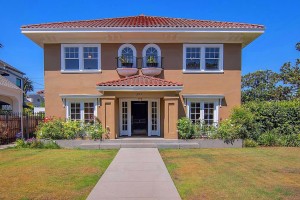 Plus, homeowners these days have a record amount of equity in their homes. That means homeowners who lose their job and are unable to make their monthly mortgage payments are much more likely to put their property on the market instead of going into foreclosure.

And with home prices expected to remain high, fewer folks will find themselves underwater on their mortgage. That should make it easier to unload the residences if need be.

And more people own their homes outright today than they did just over a decade ago. About 4 in 10 homeowners don’t have a mortgage on their abode compared with 3 in 10 when the last recession occurred, according to Ratiu.

“Foreclosures will definitely increase, but only because [the number of] foreclosures are [already] at rock bottom,” says Andres Carbacho-Burgos, a senior economist at Moody’s Analytics focused on housing. He expects a recession will happen at the end of this year or early next year, and last only two or three quarters.

In addition, Carbacho-Burgos expects home improvement spending to remain flat during the recession.

And home flipping, one of the factors contributing to the previous housing market bust, is expected to slow, he says. That’s because slower home price growth makes flipping less lucrative for investors.